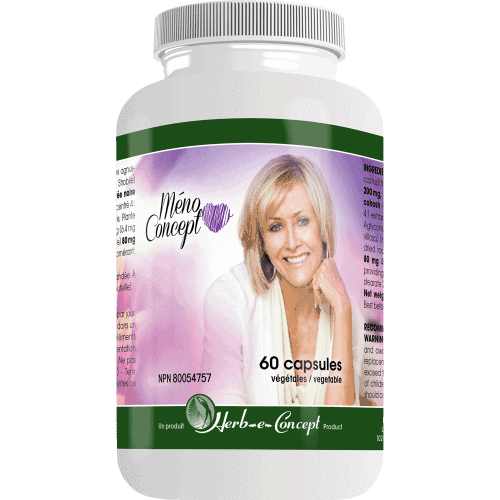 There are no reviews yet.

Be the first to review “Meno Concept”

The Virtues of Soya

Vitex or Agnus castus or chaste tree contains active substances that help regulate the balance between estrogen and progesterone, which can help reduce the duration and frequency of premenstrual syndrome.

The WHO recognizes the use of chasteberry to treat irregularities of the menstrual cycle, to relieve premenstrual syndrome and mastalgia (breast pain).

Meno Concept, a natural supplement, has been developed especially for women, to help relieve discomforts associated with menopause.

0
0
Your Cart
You're $75.00 away from free shipping.
Your cart is emptyReturn to Shop
Continue Shopping
Products you might like
Calculate Shipping
Apply Coupon