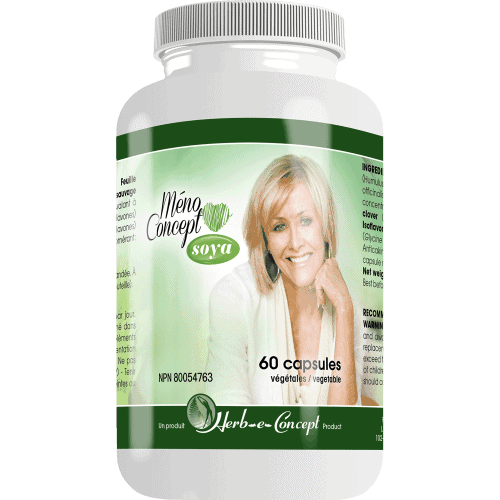 The Virtues of Soya

The composition of Meno Concept Soya differs slightly from the composition of the regular Meno Concept. This natural supplement is mostly used to relieve unpleasant symptoms associated with menopause, such as hot flushes, night sweats and excessive sweating. It also reduces symptoms associated to premenstrual syndrome and it promotes the regulation of the hormonal system and the menstrual cycle.

Meno Concept, a natural supplement, has been developed especially for women, to help relieve discomforts associated with menopause.